Sean Conlon sees increasing value in urban homes, but for him, remoteness is key 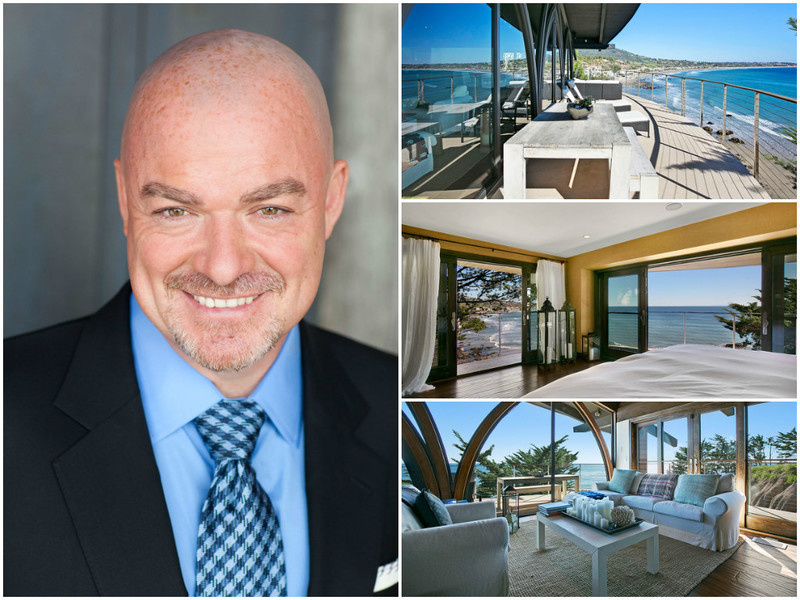 Sean Conlon and his home in Malibu, California

Chicago-based developer and real estate entrepreneur Sean Conlon recently wrapped up season one of the CNBC series “The Deed: Chicago.” The premise: Mr. Conlon came to the aid of struggling property investors, infusing problematic projects with his own money in exchange for a percentage of the profits.

According to Mr. Conlon, he came to the U.S. from Ireland with $500 in his pocket. He worked as a janitor during the day, and started buying and selling properties at night. He eventually transitioned to working as a broker full time and, in 2000, founded Conlon & Co., a real estate investment firm. Also in 2000, he founded Sussex & Reilly, a high-tech real estate firm, which he later sold.

In 2009, he opened the doors to CONLON, which partnered with Christie’s International Real Estate in 2013.

We spoke to Mr. Conlon from his waterfront home on Malibu’s Broad Beach (he also has a home on Chicago’s Gold Coast), about the popularity of urban luxury, the technology arms race and much more.

Sean Conlon: I’m living in it. I’m sitting at my table and looking out at the Pacific Ocean. It’s a house designed by [influential California architect] Harry Gesner. I’m a real estate person, so this is as good as it gets. This is my dream.

MG: Do you have a real estate property that got away?

SC: I had a flat in Mayfair in London that I owned for a long time. The elevator never worked properly, and management just wasn’t responsive to any issues. I sold it, but I shouldn’t have. I wish I’d held onto it.

MG: What does luxury mean to you?

SC: It’s the top 10% of the market, —but it’s personal, and it isn’t the same for everyone. For some people, it’s London, Manhattan, Chicago and all the access you get in those cities. Luxury for me is a level of remoteness, but with a lot of modern conveniences. I’d prefer to live somewhere with oceans and mountains and commute to work. Luxury is about choice.

MG: What area do you think is the next hub for luxury properties?

SC: It’ll continue to be in the timeless places—places where you feel like you’ve arrived—London, New York, Los Angeles, Malibu and Beverly Hills. Chicago—and I can speak personally about it because I have a beautiful home there— is a very livable city. And the housing stock on the Gold Coast and in Lincoln Park is incredible. You have people building new $20 million to $30 million family homes in the city. That’s quite a statement. But it’s a quieter wealth there.

SC: There’s been a total switch to the urban from people who had been going to the suburbs. We’re handling some projects in the West Loop (which is equivalent to the Meatpacking District in Manhattan). We’re selling houses there for $850 a square foot, I was buying there for $50 a square foot over a decade ago.

These are people who are choosing not to buy big houses with rolling gardens. People’s lives have become so busy they don’t have time to maintain these large homes. It’s a shame, in many ways, because we have exquisite homes in the North Shore, but they can’t sell them because they’re old and hard to make modern.

MG: Where are the best luxury homes in the world and why?

SC: London and Malibu. London has incredible housing stock, and fantastically robust historical preservation. Those homes from the 1700s and 1800s in London are just exquisite, and now have these exquisite modern kitchens, too.

It is a cliche, but when you live in Malibu you understand it. I’ve had a place here for nearly 10 years, and at first I barely used it, and rented it out. I came out and stayed here and I was like, “Oh my God.”

MG: What’s your favorite part of your home?

SC: There’s a wall of windows in the living room, so it looks out to the Pacific. People in Malibu call it the treehouse. As I’m talking right now, I’m watching a grey whale swim by.

MG: What’s the most valuable thing in your home?

SC: Silence. I have a wonderful art collection, too.

MG: What’s the most valuable amenity to have in a home right now?

SC: The arms race in technology continues. But I would say that people are now looking for a simplification of those things. People want cutting edge technology, but they also want things to be simple.

Finishes are always important, but that’s a matter of taste, and those things change. But if you have incredible quality stone and materials, those are timeless.

SC: Buy something you love. Finance it smartly. Time is your friend in real estate. If you buy a home in the right location and you have a long-term view on it, you’ll always be fine.

But apply Murphy’s Law to any investment; if it can go wrong, it will. Budget a lot more money and time than you thought.

MG: What’s going on in the news that will have the biggest impact on the luxury real estate market?

SC: From a real estate perspective, it should be great to have a developer in the office [of U.S. president]. But there’s a lot of instability right now, and it’s a little confusing for people.

MG: What is the best area now for investing in luxury properties?

SC: The best areas are the same as if you asked me 50 years ago—Beverly Hills, Malibu, Manhattan, London. If you invested in Miami in 2007, you got crushed, but it comes back. That said, in Malibu, you don’t get overheated the way you’ve seen things play out in Miami.

MG: If you had a choice of living in a new development or a prime resale property, which would you choose and why?

SC: It goes without saying because I love classic architecture. I love a provenance and a history. It would be a resale.

MG: What area currently has the best resale value?

SC: In Chicago, the West Loop. On the West Coast, anything on the beach. London may be down a bit at the moment, but if you take a long-view on London, you’ll always be O.K.